The Old And The New… Broadway 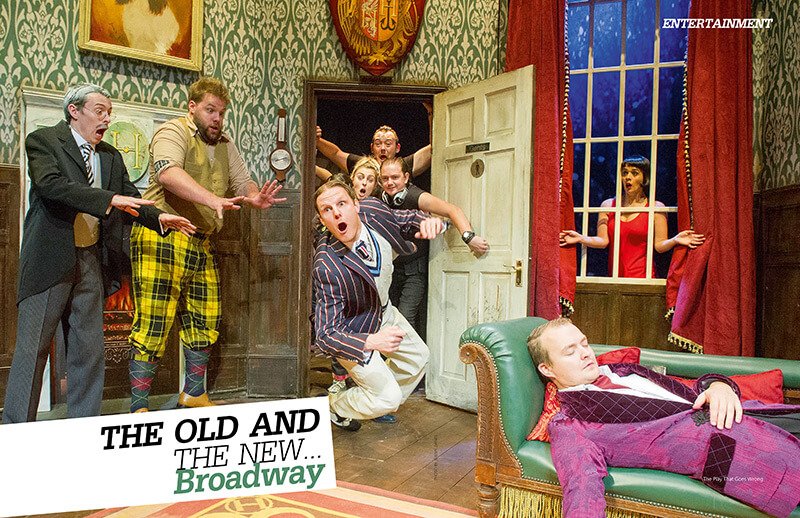 When it comes to musical theatre, there’s nowhere in the world that can compete with Broadway. No matter how many times you go, there’s always something fresh, and something familiar. Some shows speak to you on such a level that you see them again and again; others are great for a one-off, or to be able to brag that you saw the most current hit. During the peak of summer, when Manhattan is a concrete jungle in the most hot and humid way, a great place to go to escape the heat is the theatre! Beyond being guaranteed a cool, dark place to relax, you’ll be entertained (and maybe even awed). I recently went to see 2 very different shows, and they speak to both the history and the future of Broadway. So leave your sunhats behind and grab some tickets online, it’s time for a round of applause! 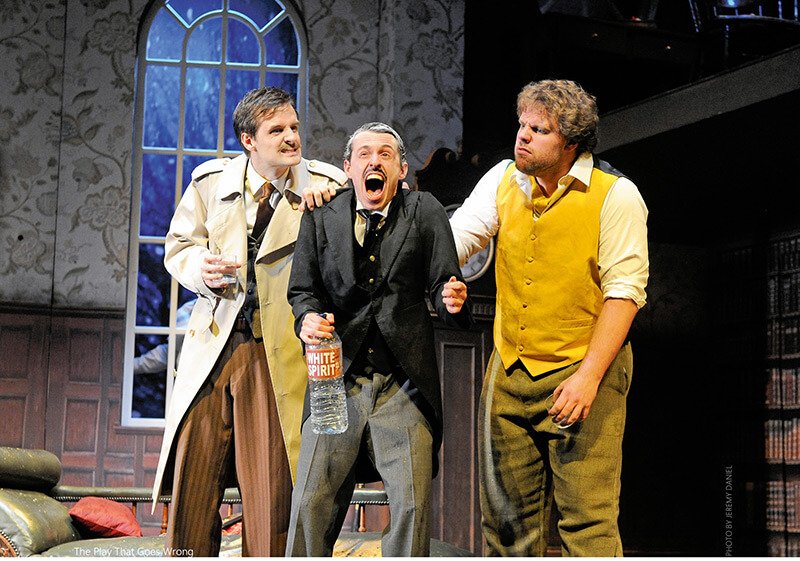 You know when a show starts with “firstly, I would like to apologize to those of you involved in our little box-office mix-up,” you’ll probably in for a rolicking good time. The Play That Goes Wrong is a light and refreshing parody that stirs up all sorts of emotions: excitement from the mishaps of a live performance, sympathy for the actors, and a good amount of laugher. If you are looking for a fresh new comedy, you’ve found it. It seems that everything that can go wrong, does go wrong for this play; cast members misplace props and forget lines, miss their cues, drink a poisonous substance instead of whisky, mispronounce words, step on fingers, hide in a grandfather clock, and are manhandled off-stage (with one cast member being knocked unconscious and her replacement, the group technician, refusing to yield when the original returns). The real fun lies in watching a true Broadway nightmare come true – the stage falls while the actors  desperately try to hold onto it! 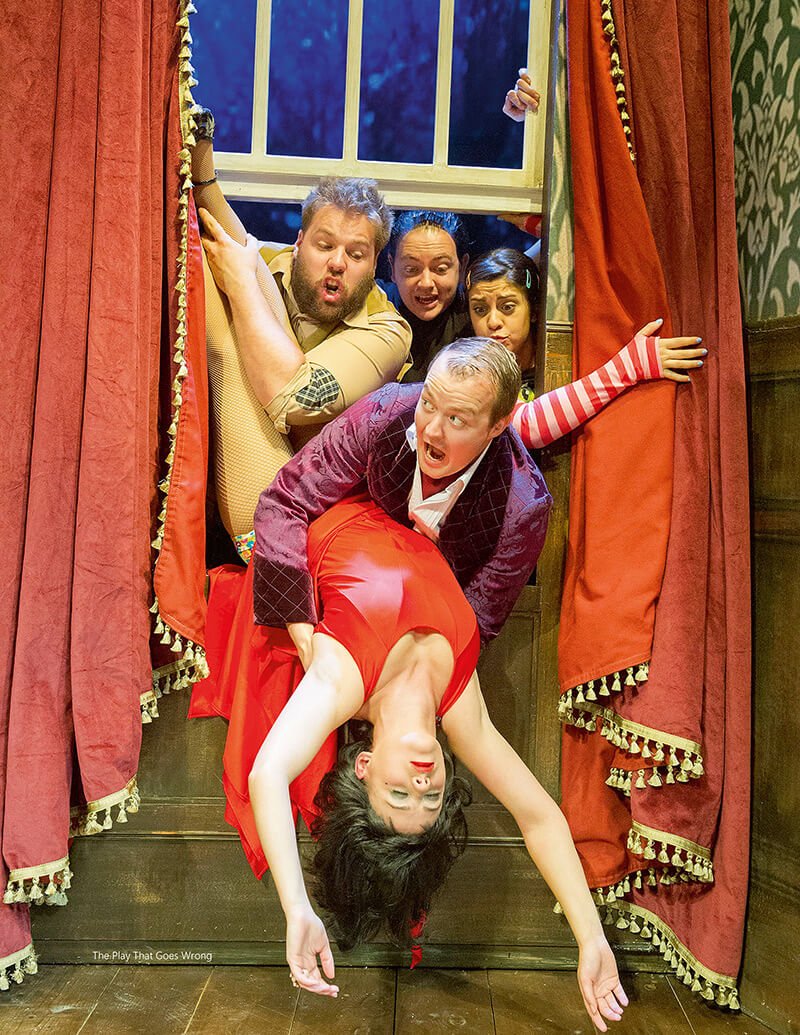 The Play That Goes Wrong, written by Henry Shields (who co-wrote the show with Jonathan Sayer and Henry Lewis), is a hilarious Best New Comedy Laurence Olivier winner that recently came to Broadway from England. Before the play starts, the audience can see the backstage staff making last-minute adjustments to the set, which include trying to mend a broken mantlepiece and finding a dog that has run off. But the show is technically flawless and well synchronized. Six amateur actors with pretentious  accents try to put on a 1920’s murder mystery performance, and suffer all sorts of marvelously-coordinated mishaps while  trying to patch things up. The delightful set design made me think of Agatha Christie’s classics. The play originated above a pub in North London and the production still features the original London cast, with film director J. J. Abrams making his debut as a theatrical producer. 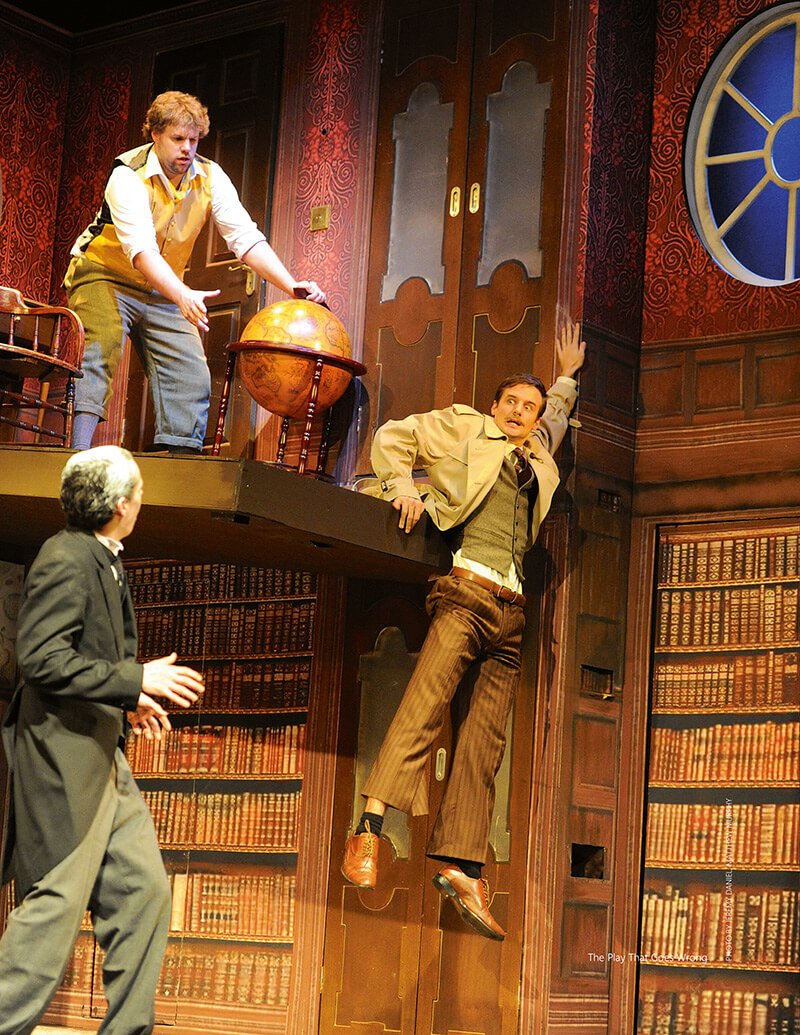 There is lot going on in this caper, and given the number of pitfalls (doors stick, props on the walls fall down, floors collapse, bodies are dropped, scenery collapses), one might ask if the actors ever get injured doing a show… and it turns out, the answer is ‘yes.’ Dave Hearn once dislocated his shoulder; Nancy Zamit broke her foot. Mr. Sayer has had several concussions; and most recently, midway through a Broadway preview, Mr. Shields hurt his neck and was replaced by an understudy. But for all these dangers, The Play That Goes Wrong has been translated and licensed for productions in over 20 other countries, namely China, Israel, France, Italy, Brazil, Argentina, Turkey, New Zealand, the Philippines and South Africa. This highly-physical, silly comedy can be recommended for all ages and is a guaranteed good time for all who attend!

On the other end of the spectrum, a staple that has delighted decades of theatre-goers hold a very special place in my heart. CATS was my very first musical. I was visiting London at the time and seeing it was such a pleasant experience that it’s stayed with me until today. It made the show’s return to Broadway that much more special to me. The ode to felines was written by Andrew Lloyd Webber and is based on Old Possum’s Book of Practical Cats by T. S. Eliot. It tells the story of a tribe of cats called the Jellicles, and the most important thing about Jellicle cats is that they are able to be reborn. The show’s action is set on a gigantic junkyard which, after dark, comes alive with cats of all shapes and sizes. At rise, the audience finds itself witnessing the night of the annual Jellicle Ball, where several cats compete for a spot in heaven, trying, through song and extravagant dance, to impress Old Deuteronomy (who determines which cat should have the honor of going to heaven). 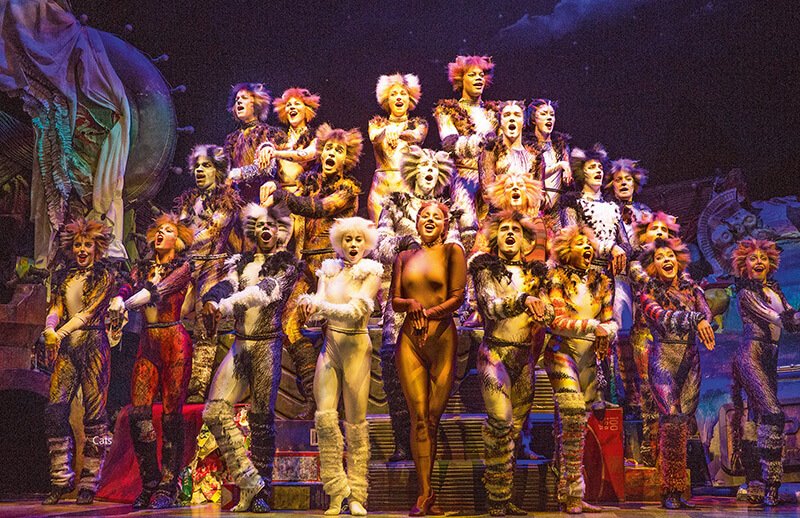 So begins the introduction to CATS. All the feline characters have very different personalities and backgrounds – there is charming Jennyanydots, the one who takes frequent naps, fickle and extravagant Rum Tum Tugger, the once-famous actor Gus the Theatre Cat, and efficient Skimbleshanks, the railway-cat who believes in extreme productivity and reflects that in his work at the train station. Grizabella is the most dramatic character in the musical: it is she who sings the hit “Memory” and reminds everyone of how things used to be. If you know one scene from this show, that’s probably the one! Dance is also a big part of the production and is flawlessly executed with the songs. There is an organic yet upbeat flow to the whole performance.

CATS has won numerous awards, including Best Musical at both the Laurence Olivier Awards and the Tony Awards. The London production ran for 21 years and the Broadway production ran for 18, both setting new records in musical theatre. The show made its debut on Broadway in 1982, and in 1997, CATS became the longest-running musical in Broadway history, with 6,138 performances. It is Broadway’s fourth longest-running show. It has been performed around the world many times and has been translated into more than 20 languages. In 1998, it was even turned into a made-for-television film! Before the Broadway revival, its final performance in London’s West End was on its 21st birthday, May 11, 2002. 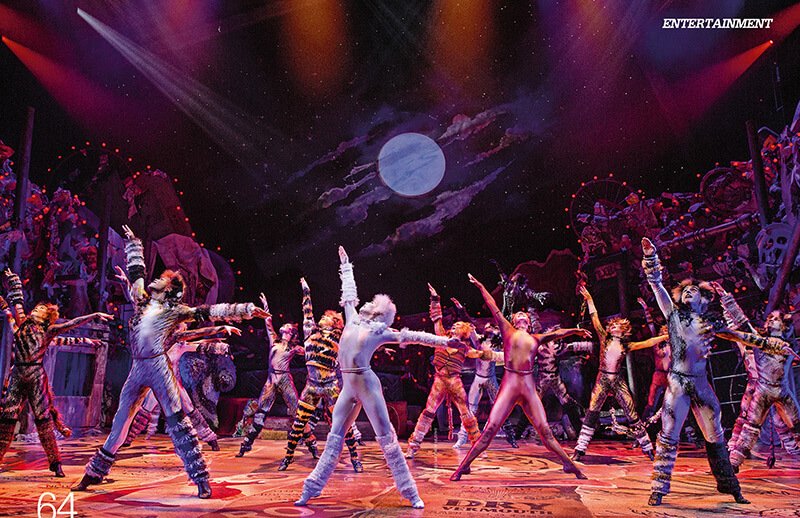 I was excited, yet nervous, to see it again after all these years… there is a big difference between the perception of an eager teenager, and that of an adult who writes about Broadway shows for a living. I didn’t want the memory of my first musical to be destroyed by a mediocre performance. But it ended up being better than I remembered it – the costumes, the setting, the amazing dance moves and superb vocal skills! The performers in this show truly do resemble cats as they leap and soar with believably-feline attributes. For me, the fascination was just as powerful as the first time I experienced it. And, in the end, isn’t creating magic what musical theatre is all about?

Bella Zadig.
To subscribe or purchase the magazine https://inlovemag.com/subscribe/ 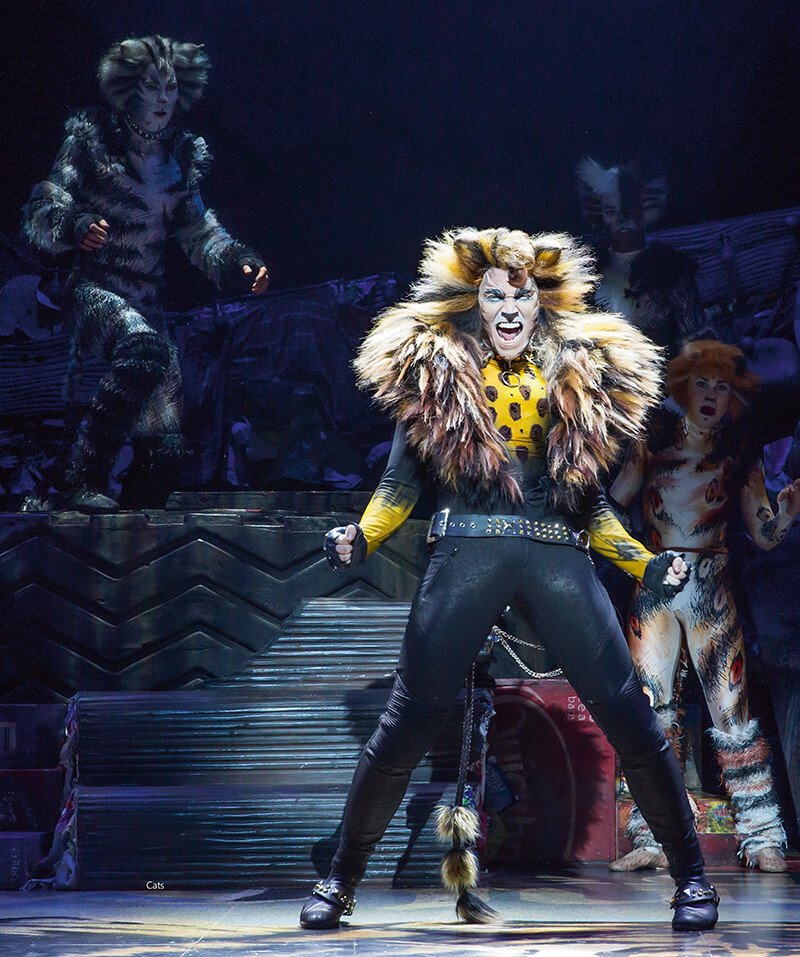