With that said, the talented cast of “Chicago,” the long-running musical by John Kander and Fred Ebb, is back on Broadway stage.
With a legendary book by Fred Ebb and Bob Fosse, music by John Kander and lyrics by Fred Ebb, Chicago is now the #1 longest-running American musical in Broadway history. Produced by Barry and Fran Weissler, Chicago is the winner of six 1997 Tony Awards including Best Musical Revival and the Grammy Award for Best Musical Cast Recording. Chicago the Musical is based off the 1926 play written by Maurine Dallas Watkins, the reporter assigned to cover the 1924 trials of murderesses Beulah Annan and Belva Gaertner. … Roxie Hart’s matches Beulah Annan’s much more closely. Annan was accused of killing her lover in the bedroom of her home.
John Kander and Fred Ebb’s musical Chicago has a rich history dating back to 1970s, a time of true revolution. Kander’s music and Ebb’s lyrics, combined with choreographer Bob Fosse, result in a show that not only musically reflects brilliance, but also thematically. Based on a 1926 play by Maurine Dallas Watkins, Chicago satirical themes and intricate plot are reasons why this musical is so popular today (as evidenced in the 1996 revival and the 2002 film.) The main production described in this essay, however, is the original 1975 Broadway production, with Chita Rivera as Velma, Gwen Verdon as Roxie, and Jerry Orbach as Billy Flynn. This original cast encompasses in essence what the show is about and its uniqueness. Ebb and Kander’s musical Chicago demonstrates not only a revolution in ideology, but also in its revolutionary music and choreography, illustrated through jazz sounds, innovative rhythms, and witty lyrics. 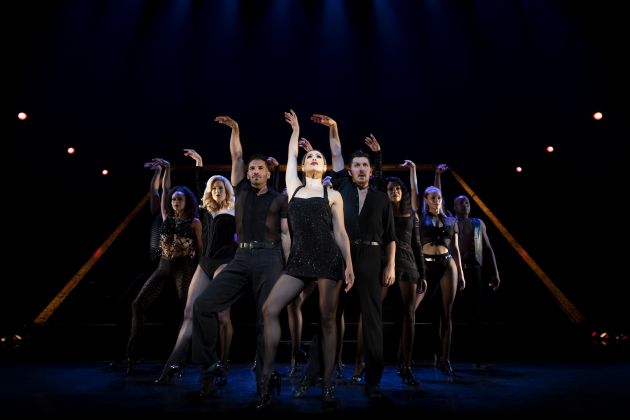 Set amidst the razzle-dazzle decadence of the 1920s, Chicago is the story of Roxie Hart, a housewife and nightclub dancer who murders her on-the-side lover after he threatens to walk out on her. Desperate to avoid conviction, she dupes the public, the media and her rival cellmate, Velma Kelly, by hiring Chicago’s slickest criminal lawyer to transform her malicious crime into a barrage of sensational headlines, the likes of which might just as easily be ripped from today’s tabloids.

This year “Chicago,” is celebrating its 25th anniversary on Broadway and If you’re looking for the best NYC experience on Broadway: from the story lines, to music, dancing, glamour and all that Jazz, then make sure to experience this universal tale of fame and fortune as you never seen before.

Elle Taylor
ChicagotheMusical.com
All photos are courtesy of Chicago, The Musical.