Come From Away tells the remarkable true story of 7,000 stranded passengers and the small town in Newfoundland that welcomed them. Cultures clashed and nerves ran high, but uneasiness turned into trust, music soared into the night, and gratitude grew into enduring friendships. The plat is based on the true story of when the isolated community of Gander, Newfoundland played host to the world. Undaunted by culture clashes and language barriers, the people of Gander cheered the stranded travelers with music, an open bar, and the recognition that we’re all part of a global family. 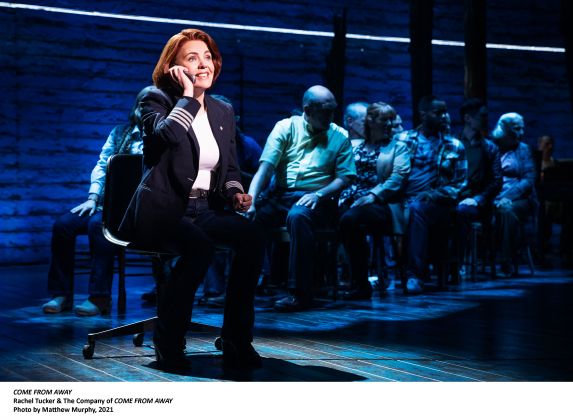 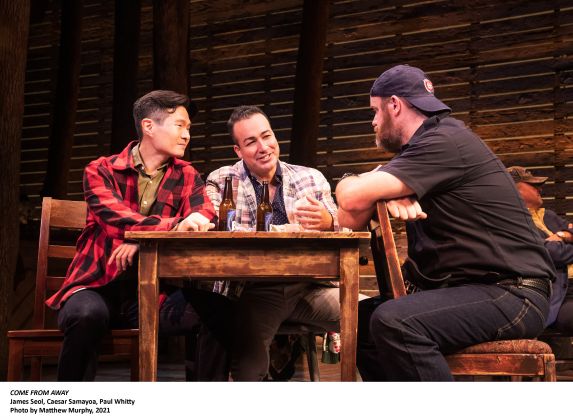 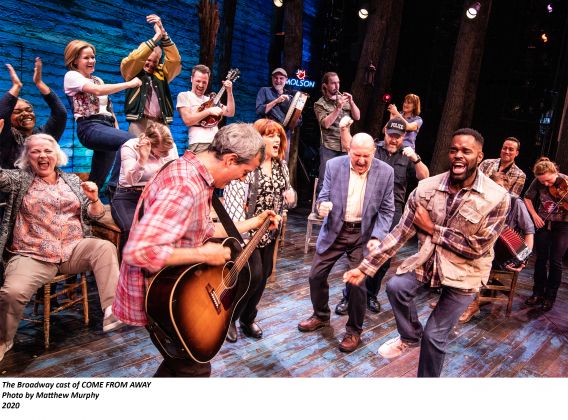 Apple Original Films’ filmed version of the Tony & Olivier Award-winning hit musical Come From Away, produced by eOne, Hasbro’s entertainment studio, premiered globally on Apple TV+ on Friday, September 10. Come From Away, marks the first Broadway show to be streamed by Apple TV+, and is directed by Tony Award-winner Christopher Ashley, who directed the original Broadway production, and stars an ensemble cast led by members of the Broadway show. The live performance of Come From Away was filmed in New York at the Gerald Schoenfeld Theatre in May 2021, where the Broadway production is staged, for an audience that included 9/11 survivors and front-line workers; and, employed over 200 people including members of the Broadway crew, staff, and creative teams.

Today Craft Recordings and Concord Theatricals released Covers From Away, a new folk album featuring songs from the hit Tony and Olivier Award-winning musical reinterpreted by the Newfoundland and Labrador bands and artists who originally inspired the sound of the musical. The album was recorded in summer 2021 in various locations throughout Newfoundland, Canada, and was produced by Irene Sankoff and David Hein, along with Ian Eisendrath, Bob Hallett, and Sean Patrick Flahaven. Two songs from the album, “Welcome To The Rock” (performed by The Navigators) and “Screech Out” (performed by The Dardanelles), can both be heard in the end credits of the Apple original film Come From Away, now streaming globally on Apple TV+. 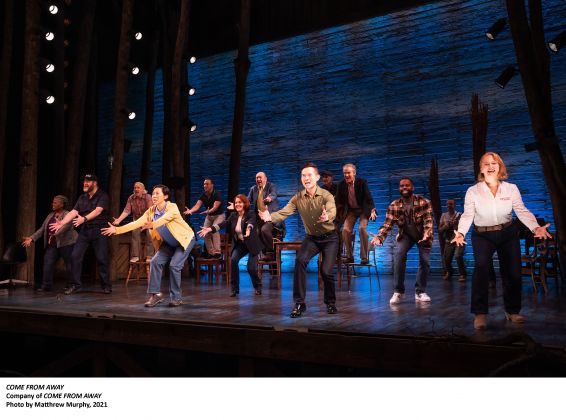 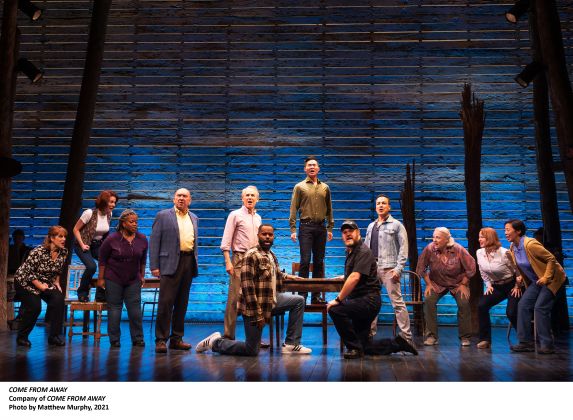 was originally co-produced in 2015 by La Jolla Playhouse and Seattle Repertory Theatre, and presented in 2016 by Ford’s Theatre in Washington, DC and Mirvish Productions at the Royal Alexandra Theatre in Toronto, CA. COME FROM AWAY (NAMT Festival 2013) was originally developed at the Canadian Music Theatre Project, Michael Rubinoff Producer, Sheridan College in Oakville, Ontario, Canada and was further developed at Goodspeed Musicals’ Festival of New Artists, in East Haddam, CT. The Canada Council for the Arts, The Ontario Arts Council, and the Fifth Avenue Theatre in Seattle WA also provided development support.