Fire And Ice And Everything Nice, Sasha Pieterse

Pretty Little Liars fans are over the moon at the moment. The popular series will shed new light on some of its favorite characters. South African-born beauty, Sasha Pieterse, is among the cast who will usher the PLL universe back into existence. The 23-year-old is reviving the role of Alison DiLaurentis, in Pretty Little Liars: The Perfectionists. With the Freeform series spin-off coming up, we thought it was the perfect time to catch up with Sasha Pieterse. 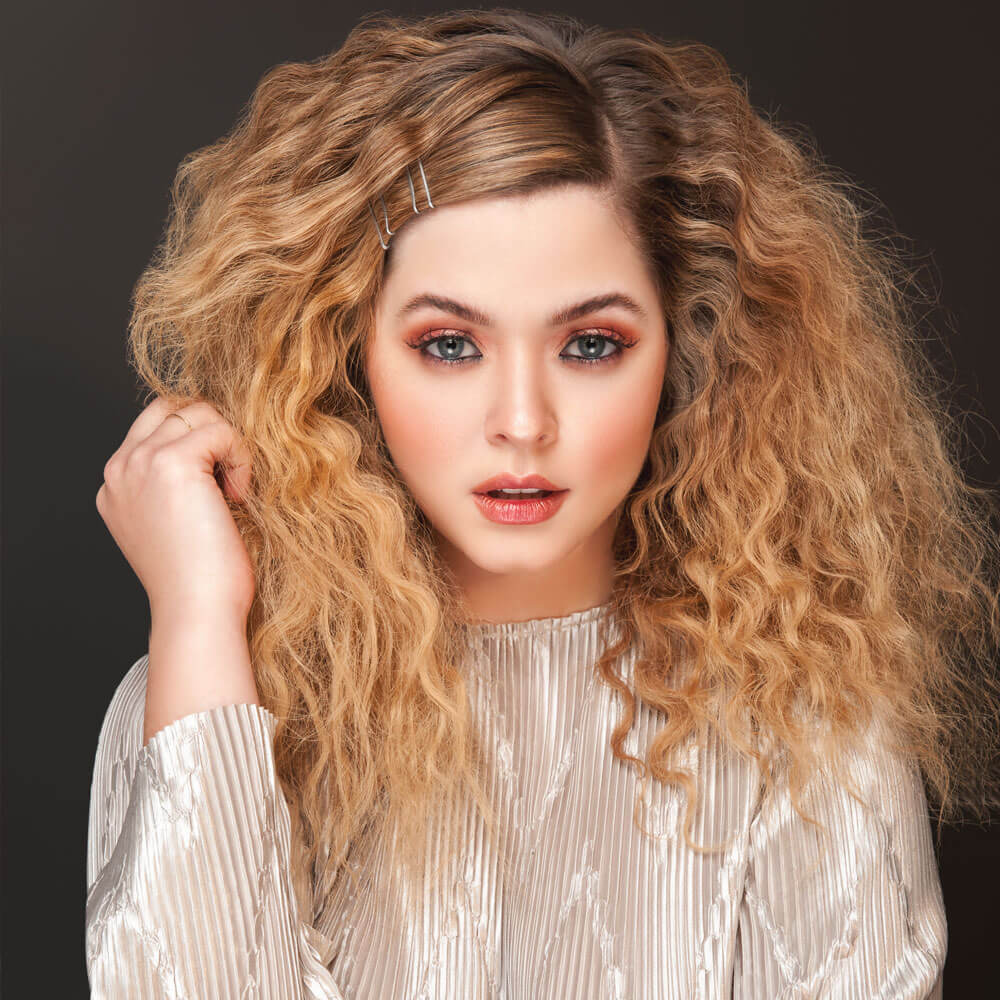 Sari: Throughout your career, you’ve gotten to play so many cool characters, apart from Pretty Little Liars, which one did you feel most connected to?
Sasha Pieterse: I’ve been so blessed to have had the opportunity to play so many different characters with very different mindsets. I think my favorite has to be Japonica Fenway. I played a love-sick cocaine addict in Paul Thomas Anderson’s, Inherent Vice. Japonica and I don’t have a lot in common, but I loved exploring her and what made her tick. She’s definitely the most interesting and entertaining character I’ve had the privilege of playing, besides Alison of course.

Sari: I think it’s cool how you played the Ice Princess in The Adventures of Sharkboy and Lavagirl 3-D and Amanda [Strazzulla] in Heroes where your character could trigger fire with her mind. Your fictional powers literally went from ice to fire. Could you see yourself diving more into the fantasy/sci-fi genre in the future?
SP: I think that technology is such an incredible tool in storytelling. Special effects and CGI have come such a long way, and it’s so fascinating to witness things we dream of becoming a reality. Of course, I would love to explore more of it!

Sari: If you could write yourself into any role, what would it be?
SP: I get asked what my dream role would be quite frequently, and I don’t have a very specific answer. I love getting the opportunity to play someone completely different than myself and finding the humanity in them. My dream role is always a role that puts me out of my comfort zone.

Sari: How soon after getting the part on Pretty Little Liars did you realize what a massive success it was?
SP: Television and show business, in general, is always unpredictable, so from a young age I have practiced the art of letting go. When PLL premiered, I was very optimistic and excited but definitely nervous. It wasn’t until I started getting messages from fans all over the world that I realized that we might really have something good here.

Sari: What would you say is the most impactful thing you’ve been able to do thanks to the show’s success?
SP: I’ve been given such an incredible platform for so many topics thanks to PLL, and I think one of the more significant issues is bullying. It was a hot topic on PLL and is an even bigger one in our society. When I was cast as Alison, I was nervous that viewers would hate me, and Alison, due to how terrible of a person she was, but I was pleasantly surprised. Instead, it gave me the chance to speak out about bullying and the negative ripple effect it has on our world. Everyone is or has been, bullied by someone in their life, and the easiest way to process it is to figure out why it’s happening; most of the time it comes down to insecurity, trauma, and projection. Bullies are usually very insecure and troubled. Once you understand that you’re not the problem, you just happen to be a punching bag at that moment, it becomes easier to deal with. 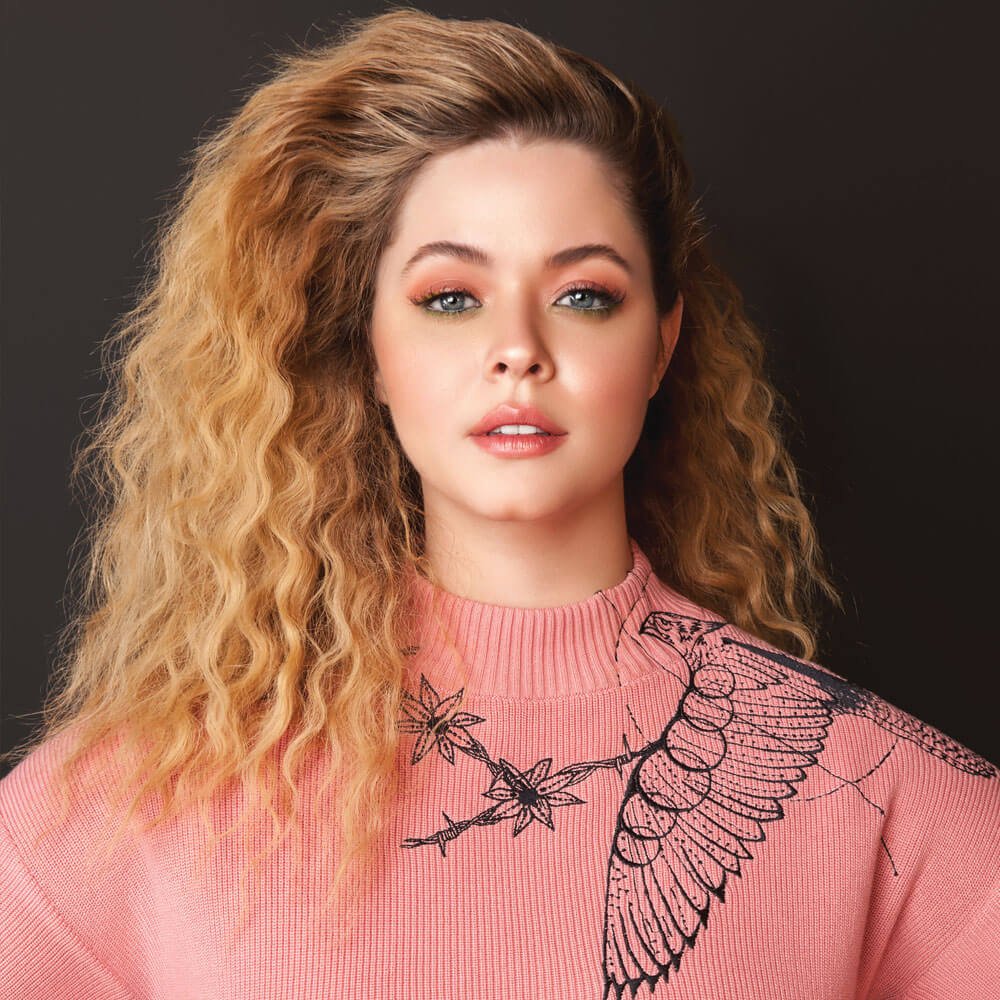 Sari: What is the greatest real-life lesson you’ve learned from your onscreen character – Alison DiLaurentis?
SP: The two best lessons I’ve learned from Alison is, to always trust your instincts, and that lying always leads to trouble.

Sari: Fans are, of course, thrilled about the next PLL chapter. What are you most excited about as you continue to develop the character of Ali?
SP: I am just as excited as the fans are to see this new PLL chapter unfold. We have so much in store for our fans, and I can’t wait to hear what they think. PLL: The Perfectionists has all of the best parts of PLL that we’re obsessed with and an exciting new story with some beautiful and twisted new characters to love. Ali has had a tough go at life, and it’s not getting any easier. The dust has settled in Rosewood, and she’s been left picking up the pieces and trying to put herself back together as an adult. Having a normal life isn’t exactly her specialty, and she’s having a hard time navigating her family life. Beacon Heights is giving her a chance to prove to herself, and to Emily and her kids, that she can be a better, well-rounded person. But, things don’t always go as planned.

Sari: Since we are INLOVE Magazine, I do want to touch on the subject of love. You married your longtime boyfriend last year. Tell me about the power of love and all of the ways it has influenced your life?
SP: I love, love. I’m so grateful to be in love with my best friend. It’s rare. It’s such a blessing, to be able to grow together, and parallel, with the one you want to spend the rest of your life with. At the beginning of our relationship, we established three main rules that have made us strong and successful.


We talk about everything. They seem simple, but they’re so important. Choosing to stay connected and open with your partner, even when it’s tough, will only make you stronger and closer. Hudson has been my rock and safe place for so long. He knows me and my heart better than anyone else, and he’s definitely my No. 1 fan. His support has given me the stability and the confidence to try and succeed at things I never thought I would even try. But, more importantly, we have created a life together that is simply ours and our love for each other has empowered us to be the best people we can be separately – and together.