Once On This Island

Producers Ken Davenport and Hunter Arnold present Once on This Island. The Olivier Award-winner in Best Musical and Tony Award-winner in Best Revival of a Musical, is directed by Tony nominee Michael Ardenand. It was also choreographed by the critically acclaimed, Camille A. Brown. 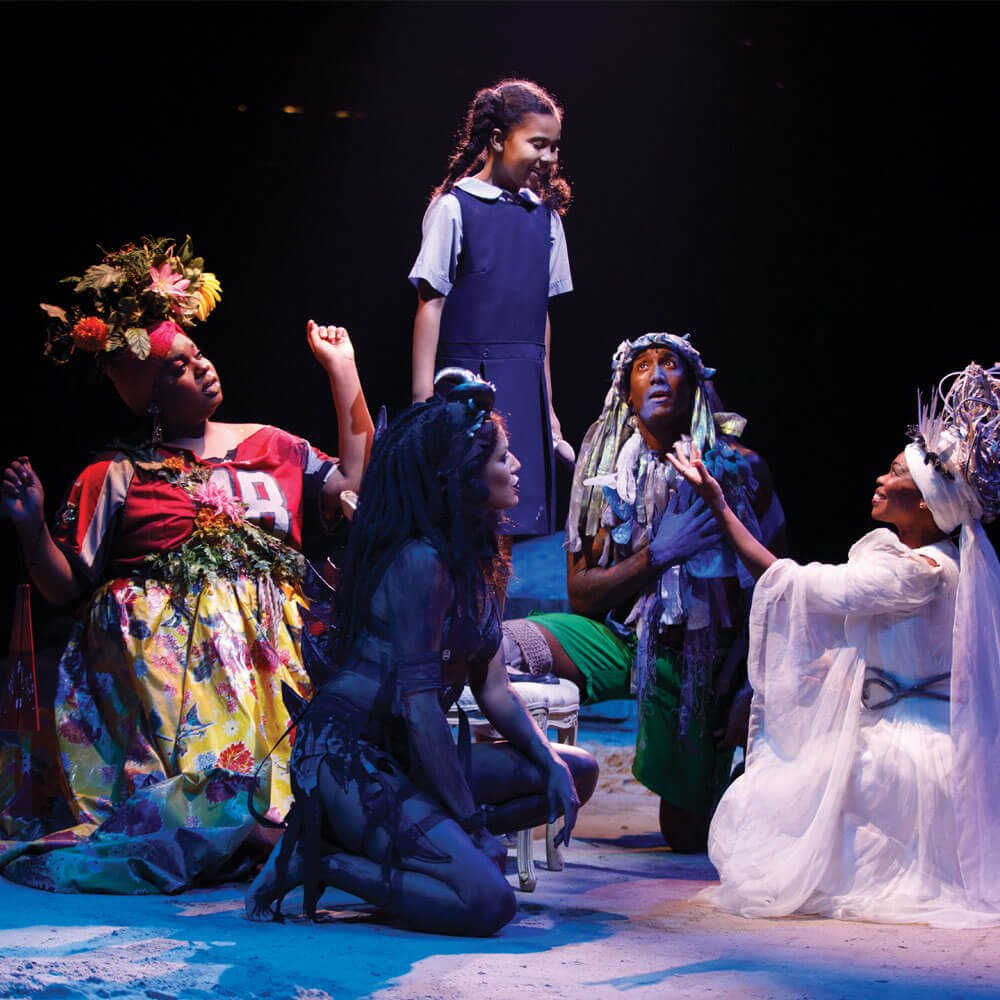 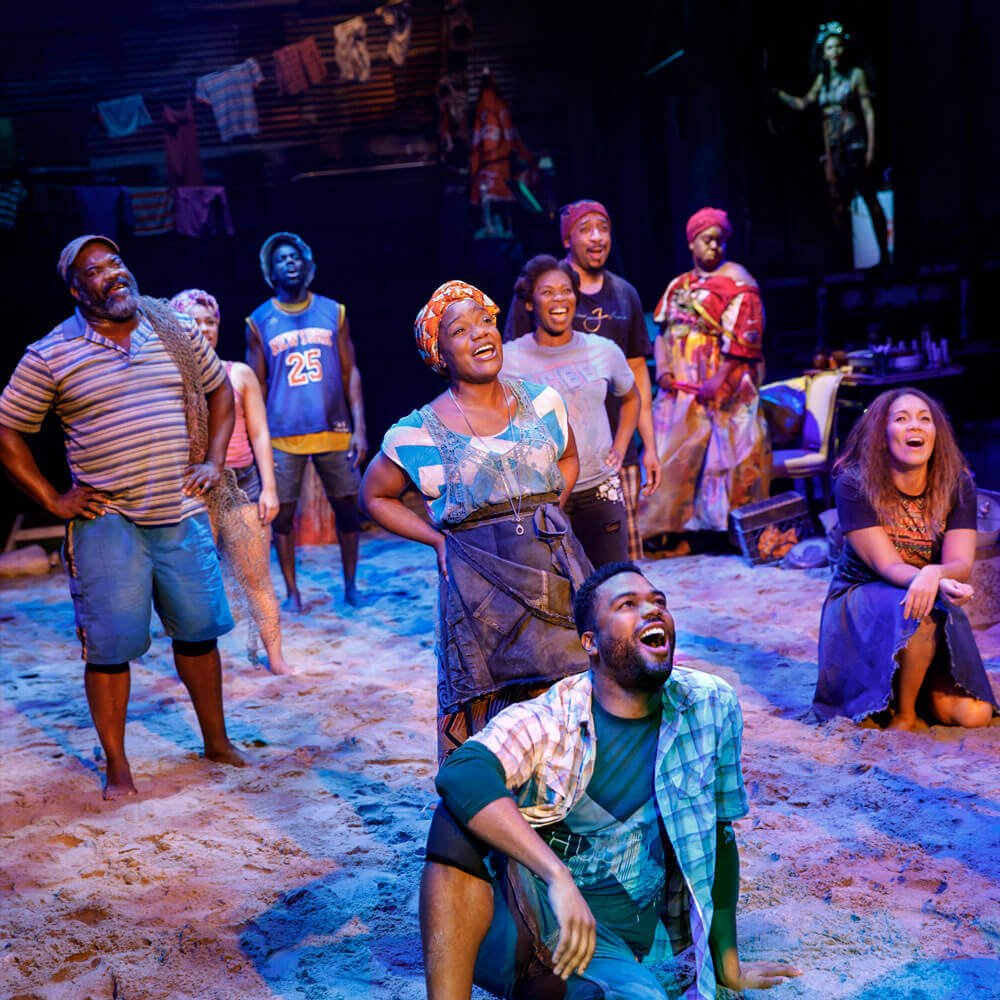 Once On This Island is the Broadway musical celebration adapted Rosa Guy’s novel, My Love, My Love to the stage, Lynn Ahrens (book and lyrics) and Stephen Flaherty (music). Ahrens and Flaherty faced the difficult problem of deepening their investment in the characters’ feelings and conflicts, the way the verse in Shakespeare does, without overwhelming their power as prototypes. The authors’ solution was a pastiche Caribbean score whose words are restrained and delicately rhymed. The music is relentlessly grabby and emotional. The musical sweeps us across the sea to a small village—where, in the aftermath of a great storm, a joyous new life begins. It is the tale of Ti Moune, a fearless peasant girl who falls in love with a wealthy boy from the other side of the island. When their divided cultures threaten to keep them apart, Ti Moune, guided by the island gods, sets out on a remarkable quest to reunite with the man who has captured her heart. “Two different worlds on one island” almost like the story of Romeo And Juliet. 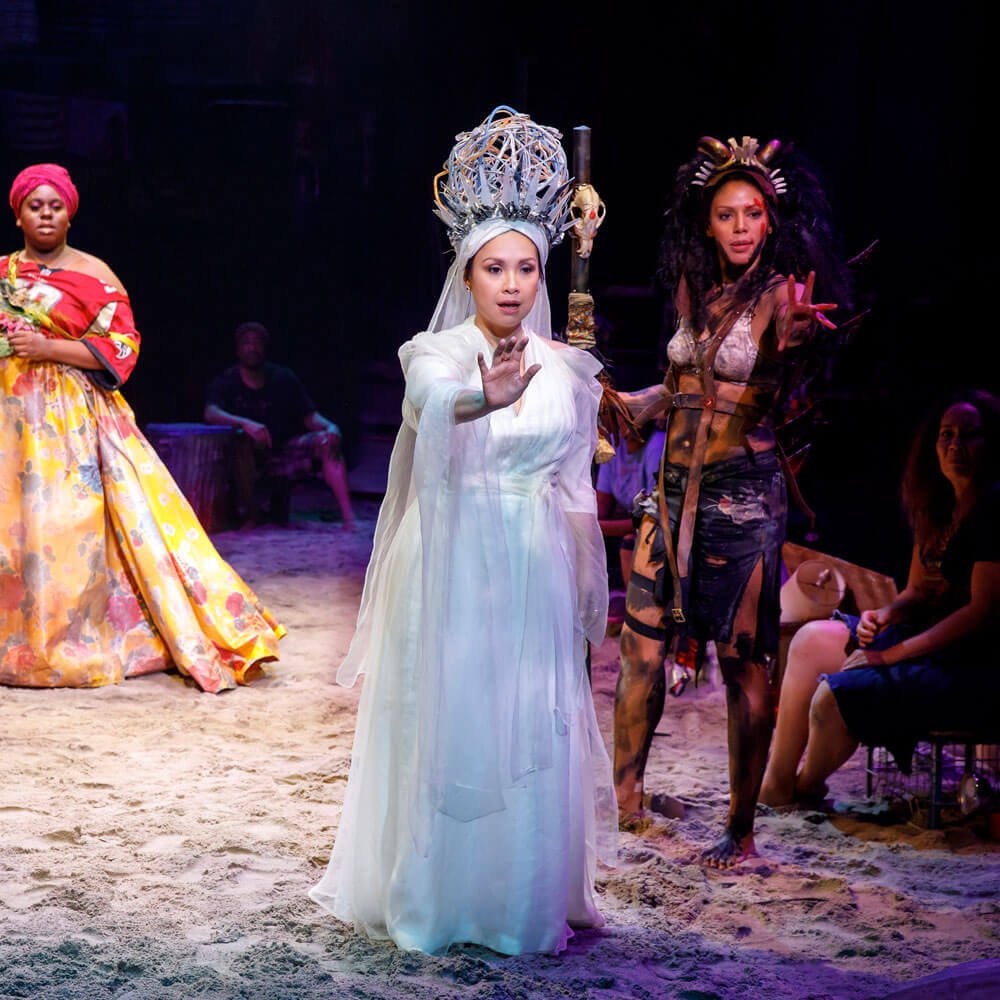 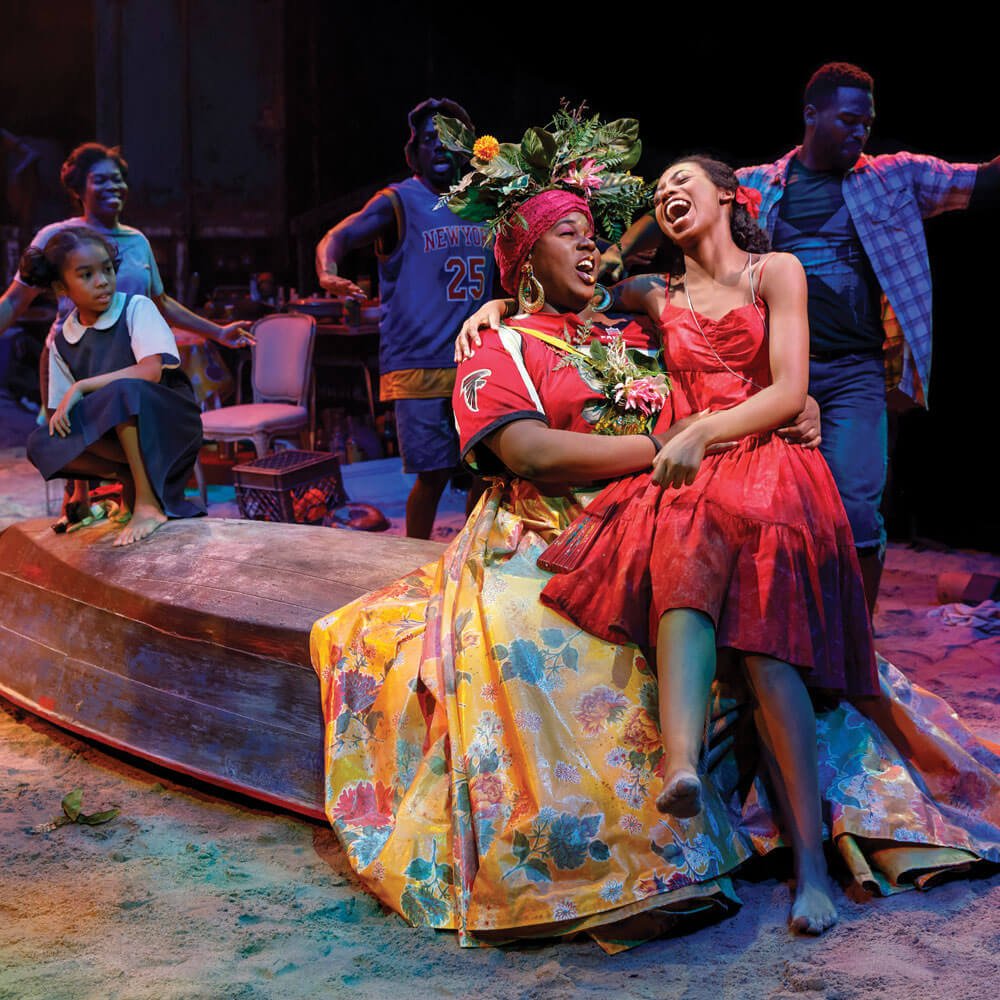 This little island, claimed as the Jewel of the Antilles, where the forces of nature are so fickle that people must take care not to offend the temperamental gods. Gorgeously decked out in Clint Ramos’s flamboyant costumes (and Cookie Jordan’s artistic application of body paint), the most powerful of these Gods are Asaka, Mother of the Earth (Alex Newell, who has an amazing vocal range); Agwe, God of Water (Quentin Earl Darrington, rippling with sparkling blue muscles); and Erzulie, the beautiful Goddess of Love, whose angelic voice belongs to the beautiful Lea Salonga (Miss Saigon, Allegiance). 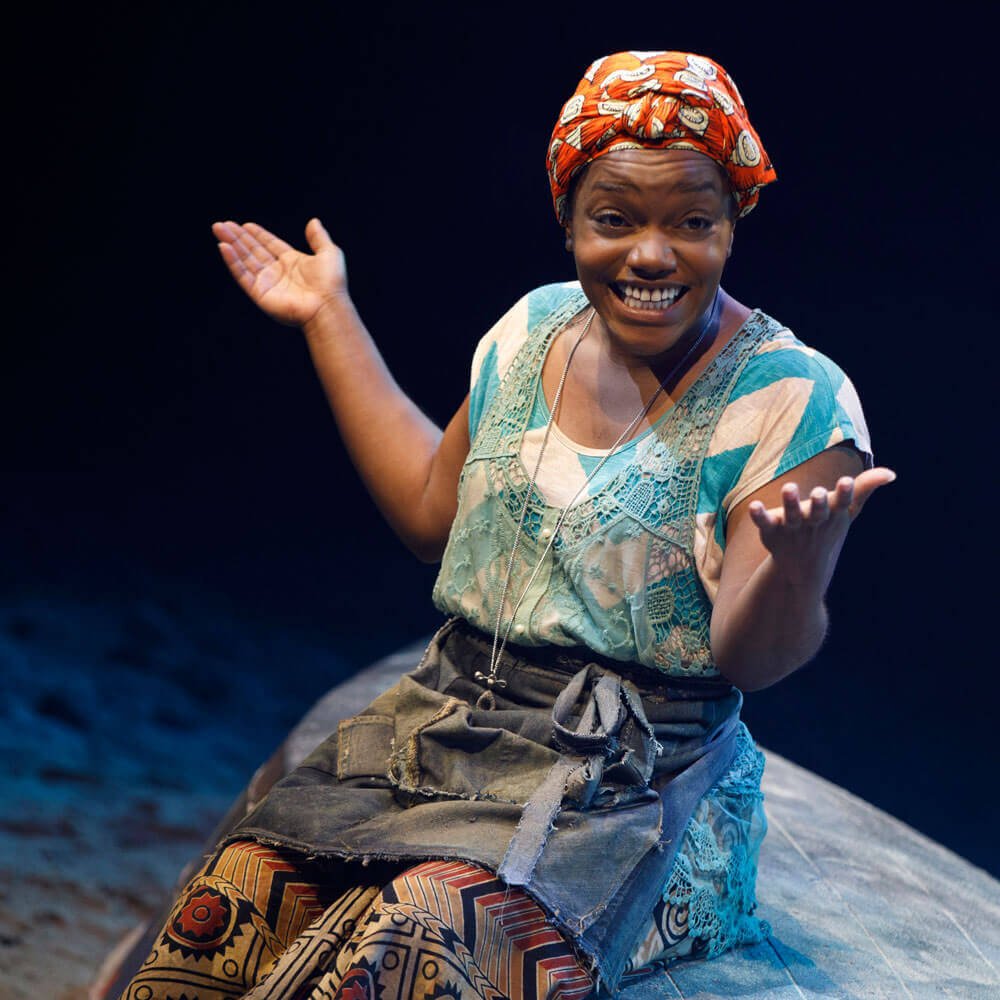 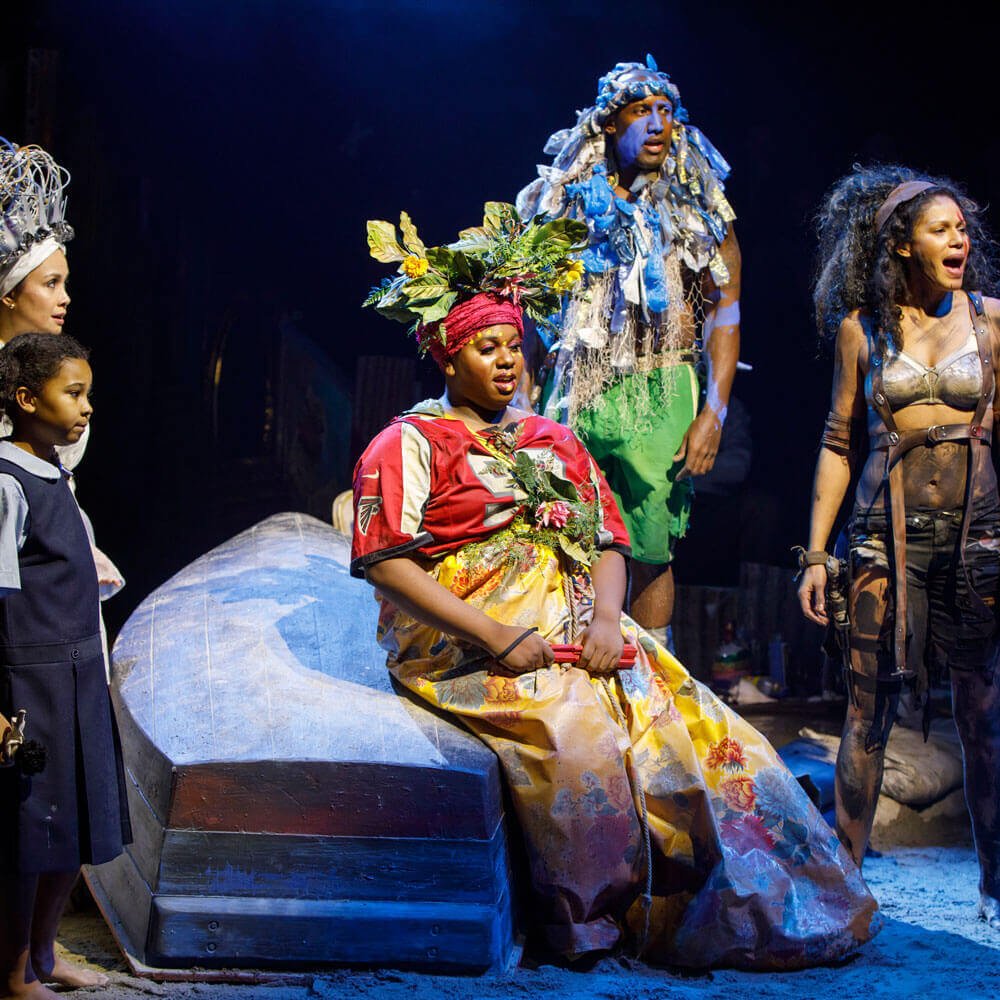 The Broadway production ran for 469 performances, garnering eight Tony nominations including Best Featured Actress (LaChanze), Best Original Score, Best Book of a Musical, and Best Musical. The 1994 West End production won The Olivier Award for Best New Musical. It is written by the Tony Award-winning team of Lynn Ahrens and Stephen Flaherty. This production will feature new orchestrations by original orchestrator, Michael Starobin who is joined by AnnMarie Milazzo. 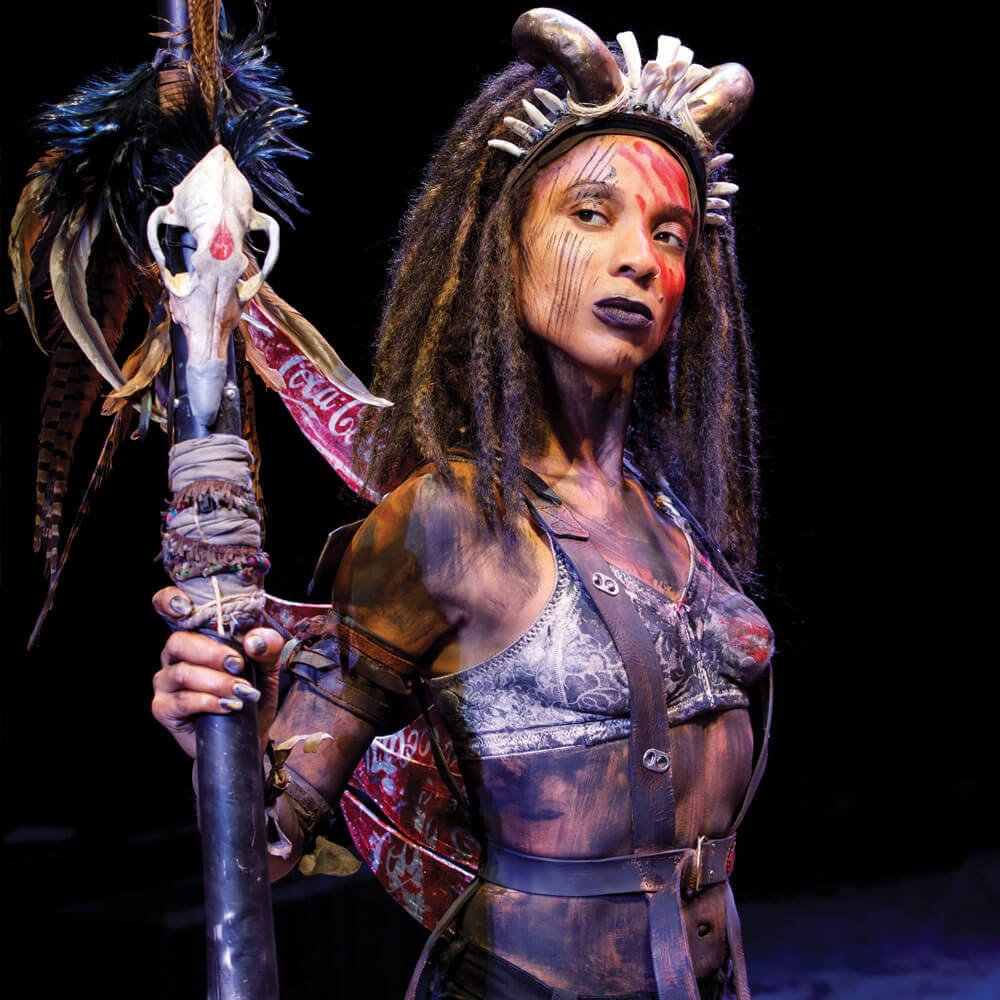 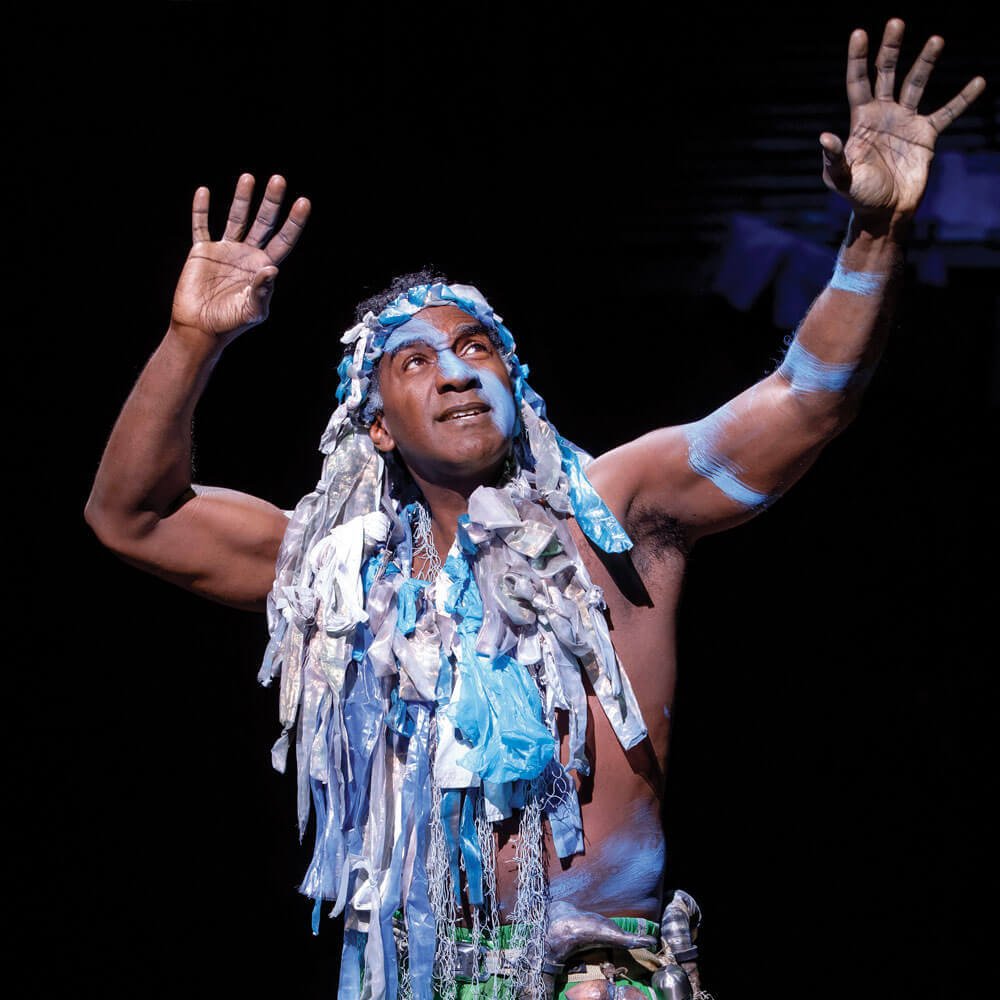 On This Island is now playing at Circle in the Square Theatre (235 W. 50th street, NYC)