The Bilbao Effect
The branch of the New York Museum of Solomon Guggenheim, located in the Spanish city of Bilbao, turned 21 this year. It was opened at the end of 1997 - at the end of the 20th century. The century at the beginning of which conceptual art was born, made a revolution in the art world, and in the end found its stable place under the museum spotlights.

The branch of the New York Museum of Solomon Guggenheim, located in the Spanish city of Bilbao, turned 21 this year. It was opened at the end of 1997 – at the end of the 20th century.  The century at the beginning of which conceptual art was born, made a revolution in the art world, and in the end, found its stable place under the museum spotlights.

The museum in Bilbao set a precedent not only in the artistic but also in the social sphere. This phenomenon was called the “Bilbao effect”, when large financial investments in one, but a unique object, pull out of the crisis a whole region of the country, through the development of tourism and social activity around this location. 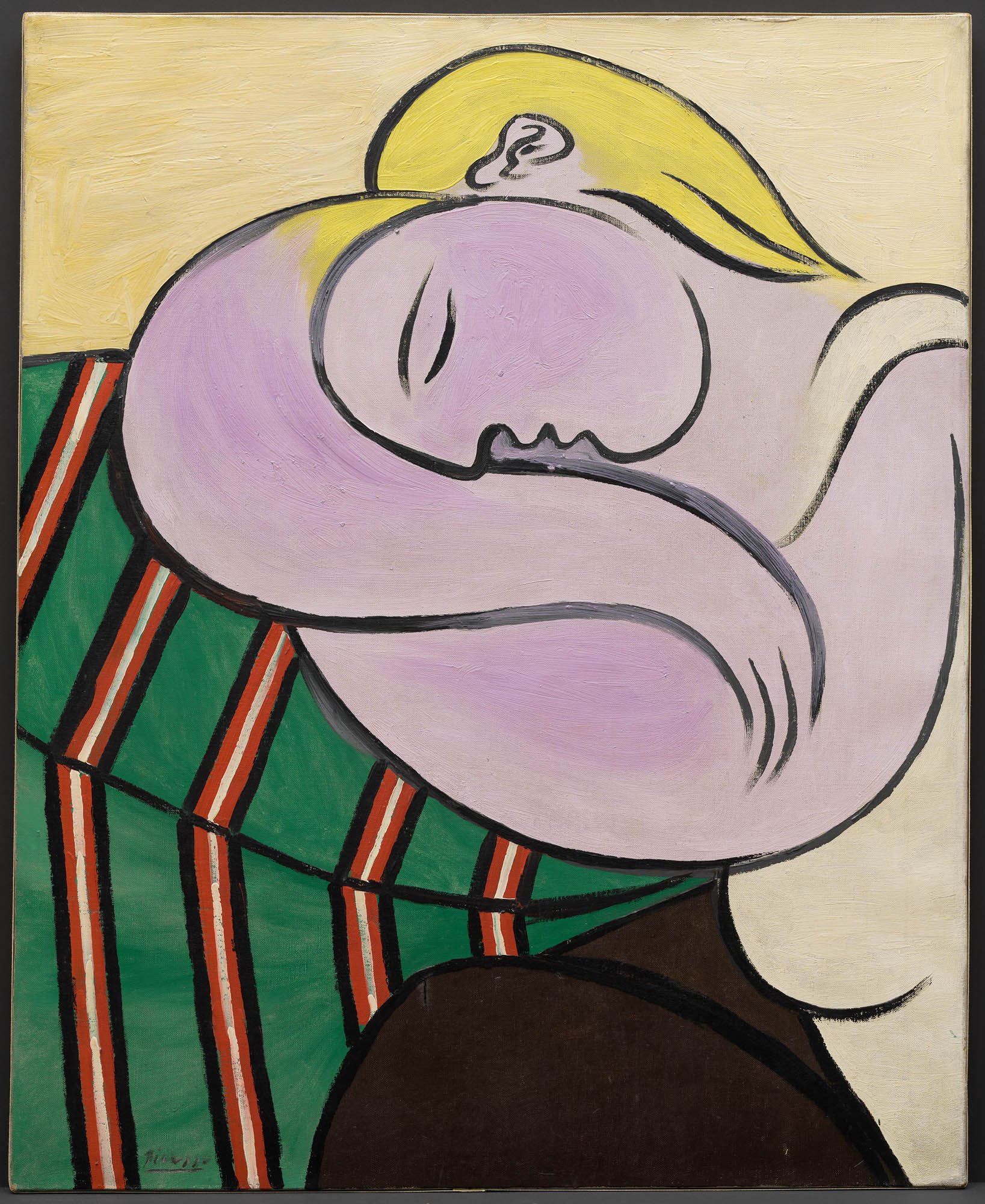 The New York Museum of Solomon Guggenheim by the end of the 1980s reached the mind-blowing level of attendance. There was no need to open a cafe with a bar in between the exhibit floors – the attendance was overwhelming even without it. The situation on the art market at the end of the twentieth century was marked by the complete victory of American conceptual art. The art dealers’ investments finally yielded the maximum returns by way of getting extremely high auction prices, popular reprints sales providing an unprecedented source of exhibition funding. There is a huge amount of conceptual artists in the modern world. Unfortunately, the supply exceeds the demand of the art market. These artists work in unexpected areas – photography, graphics, installations, performances, etc., etc.

The financial instrument in the form of American conceptual art, with its most powerful and profitable post-war art, expressive abstractionism and undoubtedly the PopArt, having conquered the domestic American market, by the second half of the twentieth century demanded access to international markets. The expansion of profitable American art was in full swing – almost every museum in Europe and England had already gained its own Warhol, De Kooning, Rauschenberg, Rosenquist, etc., and the struggle started for the museums of China and the Middle East.

It was at that very happy moment for the world art business that the director of the New York Museum and the Solomon Guggenheim Foundation Thomas Krens proposed the idea of ​​creating a branch of the museum. The meaning of the idea is discouraged by its direct impact: we sell you our “signboard” – the title, the name, the authority, etc. This is first. Secondly, you yourself are building a building and all communications, but we strictly control the whole process. Thirdly, you buy yourself artistic funds from those resources that we suggest to you. And any further activities will not be left without our attention and supervision. In 1991, a competition for a building project was announced and the search for a place had begun. 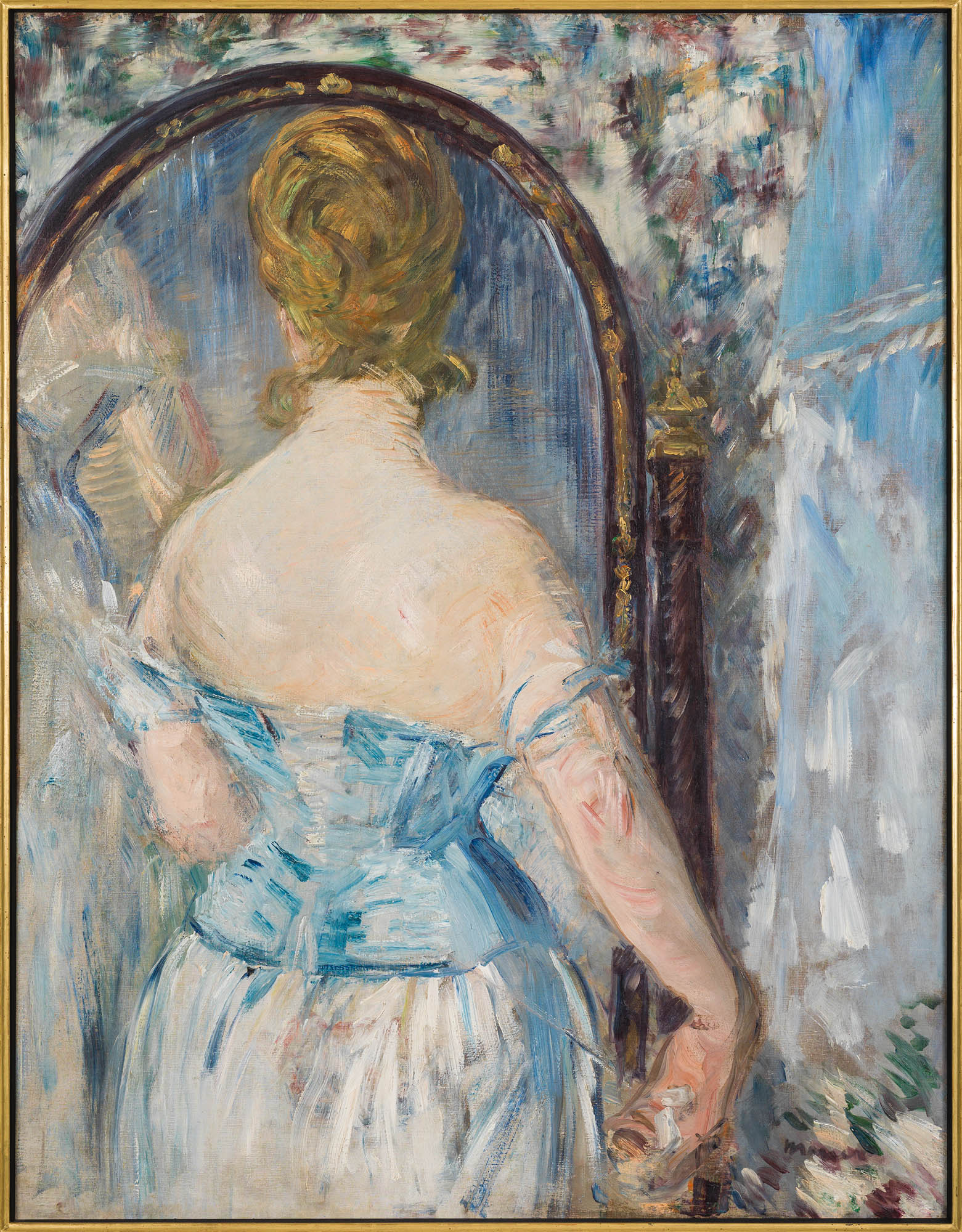 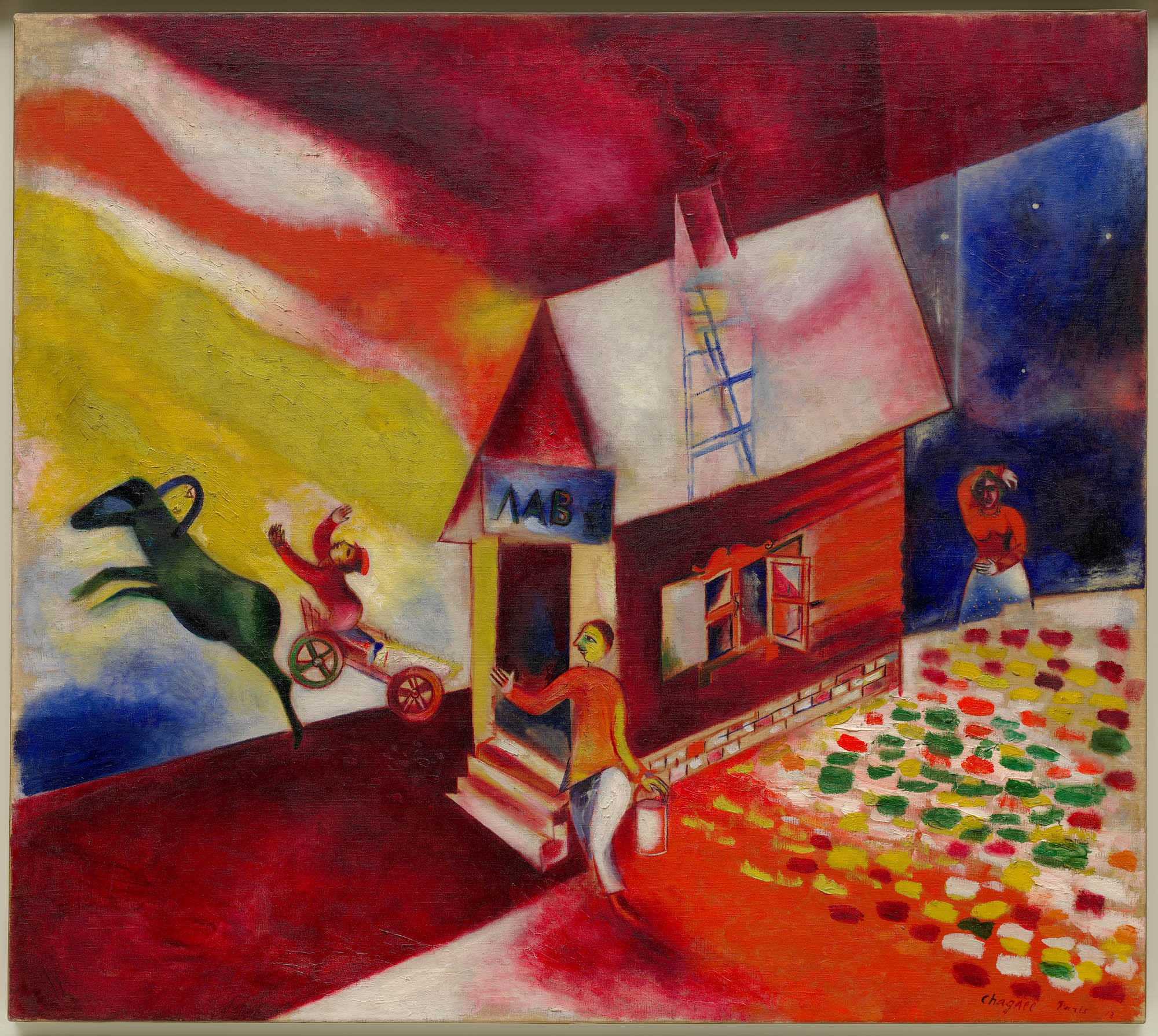 Choosing from three applicants, Thomas Krens proposed a contract for the project of a new branch to the Frank Gary architectural bureau. This did not surprise anybody, since by this time the Canadian Frank Gary was already considered a living genius of modern architecture. He was given the task of making the building even more impressive than the Guggenheim Museum on 5th Avenue in New York.

It still remains a mystery how of all the proposed locations a small dilapidating port in the city of Bilbao, located along the banks of the river Nervión had been chosen. Although Krens many times publicly explained that he carefully analyzed the airport-metro road plans being built there and came to the conclusion that the branch of the museum will literally be open to the flow of visitors. The government of the Basque country assessed the benefits of an increase in tourist flow and signed an agreement for 75 years with the American Guggenheim Museum, which provides: firstly, a one-time payment to the Guggenheim Museum in the amount of $ 20 million; secondly, the government allocates $ 100 million for the construction of the building; thirdly, allocates $ 50 million for the creation of an art fund, and will also subsidize an annual budget of $ 12 million. For its part, the Guggenheim Museum is committed to organizing exhibitions, creating a collection of funds and managing all activities. 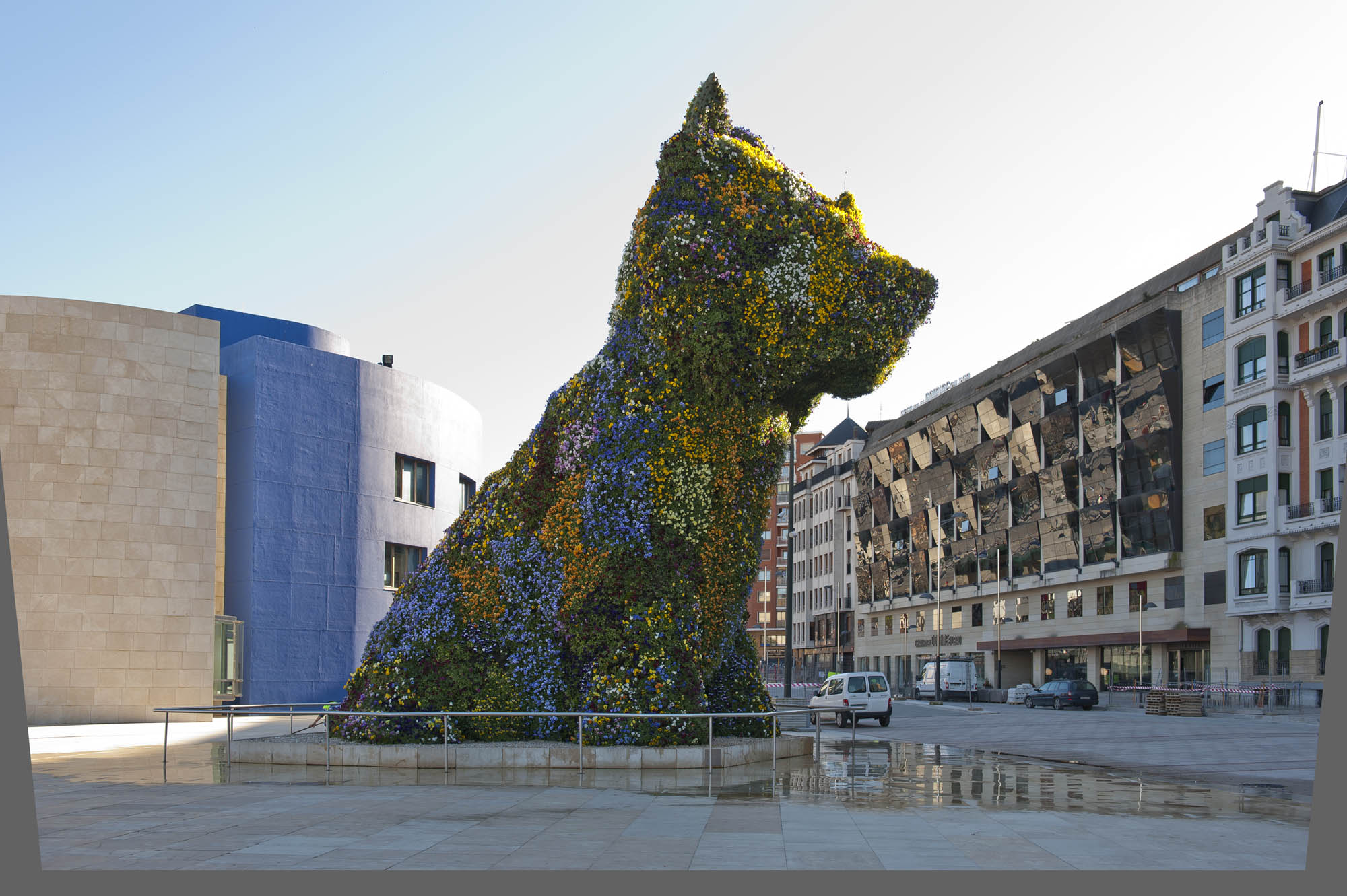 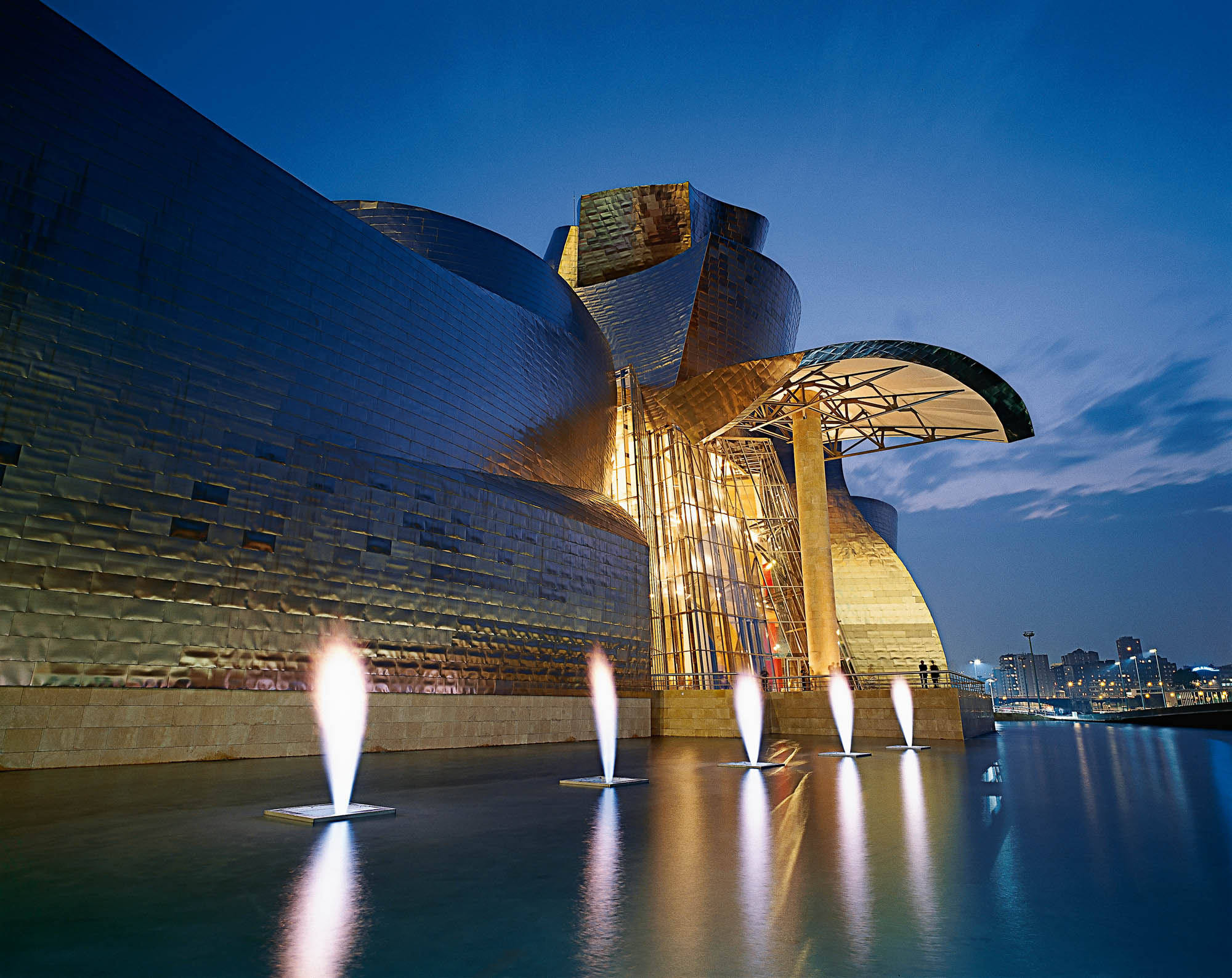 The new building exceeded all expectations. Gary reaffirmed his title to the modern genius of architecture in the style of deconstruction. The building is unique in its own way, and at the same time, pays tribute to its predecessor – the Wright building on 5th Avenue in New York. It seems that the recognizable “White snail” received a strong energy boost from the inside, increased in size and scattered in space with metal waves. This futuristic jumble is located on the bank of the river and gives the impression of a ship sailing proposed by winds but also resembling a spacecraft.

Titanium plates, glass and local limestone – a building was built from such a combination of materials that does not have a single corner, but consists only of curved shapes.

The tradition of the huge internal atrium, which is located in the center of the building and has a height of 55 meters, is also observed. Exhibition halls are located on three floors and are divided into 20 galleries of various sizes and shapes. Such a huge area, unfortunately, has become a problem for visitors, whose time for visiting is limited to one day. Following the modern traditions, the museum is equipped with video rooms and spaces for art installations.

The main permanent collections are the exhibits of works by Andy Warhol, Mark Rothko, William de Kooning, James Rosenquist, Gerhard Richter and others following the famous list but with addition of the contemporary Spanish names such as Eduardo Chillida, Jorge Oteis, Antonio Suarez and Juan Munos. The temporary exhibits are dedicated to the modern conceptual works but often contain the abovementioned names.

The king Juan Carlos I and the queen Sophia were present at the opening of the museum. Their presence had signified the importance of this event for Spain. The Bilbao Effect had worked- crowds of tourists had come and the economy of the region had been revitalized. Around 100 000 people visit the museum every month. By the year of 2013 the expenses of building the museum had been recovered 37 times.

However, the Bilbao Effect had coincided with the flourishing of the world economy and the art market. Then there was a decline. The branch of Guggenheim museum in Berlin had closed (1997-2013), the Las Vegas created as a joint venture with the Russian Hermitage (2001-2013) had followed the similar fate. The building of the Guadalajara branch had slowed down, the construction of the Abu Dhabi branch in the United Arab Emirates remains questionable. The Lithuanian and Finnish projects are practically closed.

However, the decline affected not only the economy. The beginning of the 21 century is marked by a steep decline in interest towards the contemporary conceptual art. With all its diversity and all-encompassing nature, it had not found a way to the people hearts an minds, only bringing about curiosity to this long overdue art experiment. It becomes a part of history in the same way as the avangard and the postmodern styles. In other words, the permanent collection will keep on growing while the exhibit space will be waiting for a new twist in the modern art development. It is likely that this waiting period will last to the end of the century.

Not a single museum budget can survive such stagnation. We are witnessing more and more changes in plans of the Bilbao museum branch the appearance of exhibits of Durer’s graphics, drawings by Michelangelo, the art exhibits from the Hermitage… These are the time proofed masterpieces. The spectator has the right to indulge while waiting for the future.

By Elena Vasilevsky
BEYOND MONET

BEYOND MONET: THE IMMERSIVE EXPERIENCE IN MIAMI The immersive experience…

The Sofitel Los Angeles at Beverly Hills is the epitome…

BASSINS DE LUMIÈRES is located in Bordeaux’s former submarine base, where it will be presented as a monumental immersive digital exhibition devoted to the major artists in the history of contemporary art.

By Sari Cohen
The Bilbao Effect

The Bilbao Effect
The branch of the New York Museum of Solomon Guggenheim, located in the Spanish city of Bilbao, turned 21 this year. It was opened at the end of 1997 – at the end of the 20th century. The century at the beginning of which conceptual art was born, made a revolution in the art world, and in the end found its stable place under the museum spotlights.

Some cities have beautiful nicknames. Los Angeles is the City of Angels. Paris is the City of Lights. Havana has a distinctive nickname: Ciudad de las Columnas – the City of Columns. When you walk around Old and New Havana, you will feel as though you’re back in the 50s era. With all of its glorious colonial architecture, beautiful columns and gorgeously crafted doors, the vintage scenery is a sight to see. Havana is so full of life. Bathed in sunshine, Havana oozes a bright and vibrant demeanor due to the genuine warmth of its people.

Perez Art Museum of Miami-Dade County (PAMM) is not just a museum, but a concept of arranging a public space within a tropical zone. Perez Art Museum is located in the downtown of Miami alongside Biscayne Bay. It was a bold and risky idea to put a serious art center amidst the hot tropics and offer educational lectures to tourists because tourists may stay on the beach and skip the lectures.