The Woman In Black

THE WOMAN IN BLACK
A GHOST STORY IN A PUB

The Woman In Black is both a brilliant exercise in atmosphere and controlled horror and a delicious spine-tingler–proof positive that this neglected genre, the ghost story, isn’t dead after all.

The Woman is Back! The McKittrick Hotel, Home of Sleep No More, presents Limited Engagement of West End Smash. 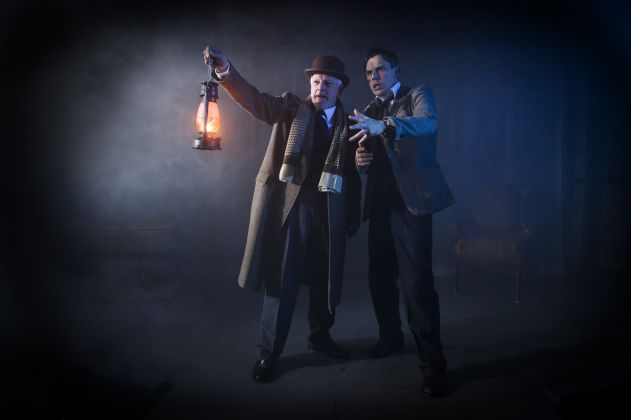 When this production opened at The McKittrick in early 2020, it was hailed by Ben Brantley in The New York Times as, “Ingenious!

Now is finally the moment for audiences to embrace The Woman in Black.” It was named a “Critic’s Pick.” 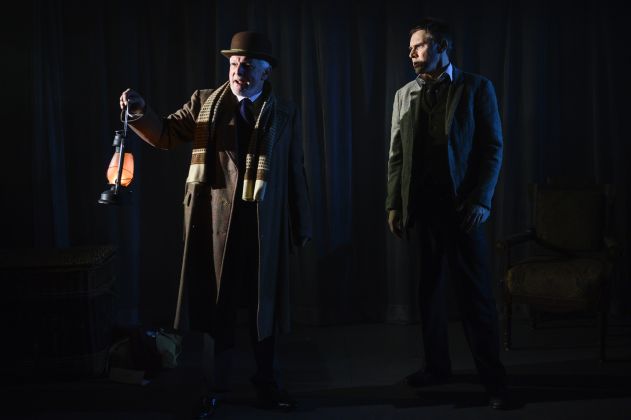 The show received the “Best Play Revival” Award from the Off-Broadway Alliance and was nominated for 3 Drama League Awards (“Outstanding Play Revival” and “Distinguished Performance” for lead actors Ben Porter and David Acton).

The Woman in Black tells the story of a young lawyer who stumbles upon a small town with a grave secret. Stephen Mallatratt’s ingenious stage adaptation comes dramatically alive in Robin Herford’s gripping production of Susan Hill’s acclaimed ghost novel.

-tingler–proof positive that this neglected genre, the ghost story, isn’t dead after all. 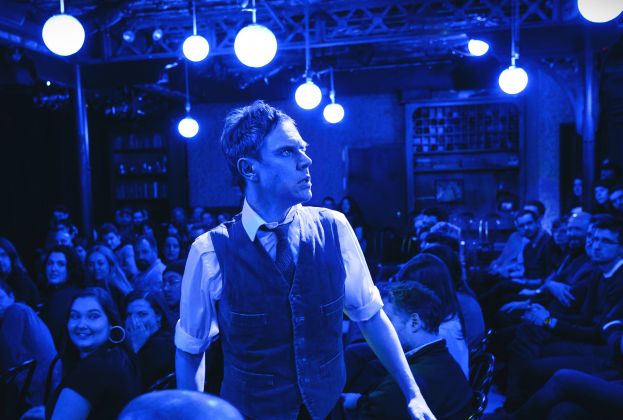 The most acclaimed and haunting ghost story. Arthur Kipps, a young solicitor, has come north from London to attend the funeral and settle the affairs of Mrs. Alice Drablow of Eel Marsh House.

The director reunites with actors Porter and Acton, who both starred in the London stage production, to reprise their roles for this limited engagement in New York.

“I am thrilled that New York audiences will again get to experience our production of The Woman in Black,” said director Robin Herford. “And I am particularly excited to take the show back to how it was originally staged for its world premiere in Scarborough – an intimate space which brings the audience up close and personal with the action. I cannot imagine a more perfect venue than The McKittrick Hotel.”

First presented for a three-week run in the bar at the Stephen Joseph Theatre in Scarborough, The Woman in Black moved to the West End two years later, where it has been enthralling.

Performances are offered on Wednesdays, Thursdays, Fridays, and Saturdays at 8PM, Sundays at 7PM, and matinees on Saturdays and Sundays at 3PM.

The Club Car previously hosted extended residencies of Speakeasy Magick, Scott Silven’s At the Illusionist’s Table and Wonders at Dusk, Vox Motus’ Flight, and the 2017 Drama Desk Award-winning The Strange Undoing of Prudencia Hart with The National Theatre of Scotland.

The McKittrick Hotel is committed to providing healthy and safe facilities both for audiences and for the members of our show. Guests of The Woman in Black and the hotel are required to show proof of vaccination upon arriving.

Attendees are welcome to dine at the hotel’s rooftop garden bar and restaurant, Gallow Green, before or after the performance.

As New York continues to reopen, The McKittrick Hotel looks forward to welcoming guests back to its award-winning Sleep No More experience in February 2022. Tickets are also on sale for The Witches’ Ball Halloween parties and dazzling Speakeasy Magick production.

The McKittrick Hotel (530 West 27th Street, NYC), home of Sleep No More, anticipates the return of The Woman in Black – a ghost story in a pub. Previews begin on October 21, with an official opening on October 24. Tickets are on sale through January 30, 2022.

The McKittrick Hotel provides a unique location for celebrations and private gatherings of all sizes. The legendary venue is also renowned for presenting one-of-a-kind live concerts, intimate music festivals, and spectacular soirées for Halloween and New Year’s Eve.