We Must Never Forget

The Middlesex, New Jersey center offers an array of senior services, but its Holocaust Survivor Program is at the heart of their mission

In March of 2021, The Washington Post reported that approximately a third of Holocaust survivors in the United States live in poverty. It’s hard to imagine that after one of the most heinous atrocities committed in the twentieth century, survivors could be overlooked in such a way that they are now burdened with an entirely different kind of nightmare. Over six million Jews were killed during the Holocaust. Approximately 3.5 million Jews survived – whether they were liberated, hidden, or fled to other countries – the memories they took with them serve as a reminder of the horrors during WWII. As the number of Holocaust survivors declines each year, efforts are underway to preserve their testimonials.

As a child, I can still recall the stories that my Tanta Yetta (my great aunt) would tell me about her arrival to Ellis Island during the war. Being Jewish in Eastern Europe during WWII, she and some of my family members narrowly escaped being condemned to a concentration camp. Other members of my family, however, were not as fortunate.

Henrietta Moses, whom I had always affectionately called Tanta Yetta, traveled here by boat with her sister. While she was allowed entry into the United States, her sister (because of her poor eyesight) was denied and sent back to Eastern Europe alone. Upon her sister’s return, they would correspond, sending letters back and forth. Until, one day, the letters stopped coming. When their communication ceased, my great aunt knew what that meant.

Survivors all have stories we can learn from. While we can’t possibly grasp even a fraction of what they were forced to experience, we can listen in an attempt to understand what they lived through – what they still live through. We must ensure that what happened 80 years ago never happens again.

Jewish Family Services in Middlesex, New Jersey, has a Holocaust Survivor Program that helps survivors to age in peace. They provide various services to guarantee that Holocaust survivors have the means they need to live in comfort. JFS also champions the application process and re-certification so that survivors are entitled to receive the financial restitution that is owed to them. In addition, they assist with care management, in-home services and even have Russian-speaking managers available to help facilitate when needed.

The agency was founded in 1969 with the specific aim of helping vulnerable members of the Jewish community, including Holocaust survivors and their families. The Claims Conference has been funding JFS since at least 2005. While the goal of all JFS senior services is to help all people live in peace, it’s especially powerful for survivors to be able to remain in the comfort of their homes because of the previous trauma and displacement they experienced earlier in life. For this particular population, the losses that they suffered were tremendous. When survivors age, these losses are repeated – the loss of physical functions, the deaths of friends and family members. JFS wants to bring comfort and stability to ease these difficult transitions.

Holocaust Survivor Services Coordinator Fay Ross says, “They already experienced such tremendous loss. We don’t want them to go through more. We want to keep them in their homes because for traumatized, displaced people, their homes represent everything. Home is a familiar surrounding – they have their belongings there, their memories there, and they don’t have to be on someone else’s schedule. Home means freedom and independence, things that had been taken away from them before. But to be independent, sometimes you need help.” 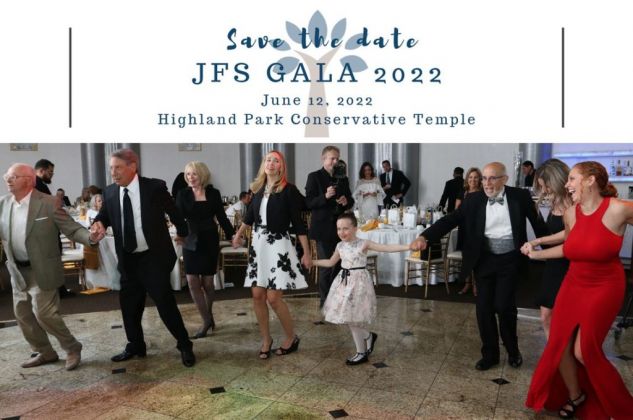 This is so important for the survivors who reside there – survivors such as Sol Lurie. As a boy growing up in Lithuania, he remembers the Nazis invading his town and eventually rounding up all the Jews to transport to a ghetto.

Lois Flamholz is another survivor who regularly speaks about her experiences. She recalls when Nazis arrived in her town in Hungary and separated her family members. “Right after Passover, a jeep with four German soldiers came to our town. They gave the local police an order to round up all the Jewish people to take to a ghetto. The police gave us a couple of days to pack up whatever we could. My mother took all the flour in our house and baked as much bread as she could to take to the ghetto. We stayed there for about five weeks until they came one day and put us into cattle cars. They put straw on the floor. I still remember my little brother, who was three years old. He refused to lie down and just cried. They told us we were going to a work camp. There were no windows in the cattle car, so I don’t remember how long we were there. When we finally stopped, and they opened the doors, there were all these German soldiers. They shouted at us to get out and lined up the women and girls separate from the men. My cousins and I went on one side, our mothers and siblings on the other side. And they marched us to the camp, which we found out later that was called Birkenau. There were Polish Jewish women who were already there. We asked them when we would see our mothers. Some of them were nice and said we would see them on Sunday. But there was one woman who was mean the whole time we were there. She says, ‘Oh, you wanna see your mothers? You see that smoke over there? That’s where your mothers are.’ We found out that was the crematorium,” Flamholz recounted. 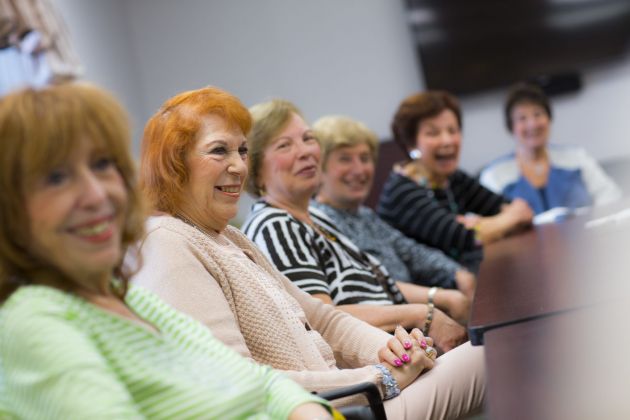 The participants are grateful for Fay Ross and the programs. One survivor said, “I’m just thankful that I have been blessed with a meal. It would be difficult without it.” Before the pandemic, she attended Café Europa but now receives Kosher Meals on Wheels. “When we are blessed with longevity, is it because you have earned it throughout your lifetime? Or is it a curse? During that time, your friends have all gone, your family is all gone, so you question yourself. But you are blessed, you are thankful, you’re at home, you’re not in the hospital. You see people with so much need, but you’re blessed with having. I try to avoid the ‘doomish’ and ‘gloomish.’ I take nothing for granted, and I thank God every day, I thank JFS every day. They do so much for me.” 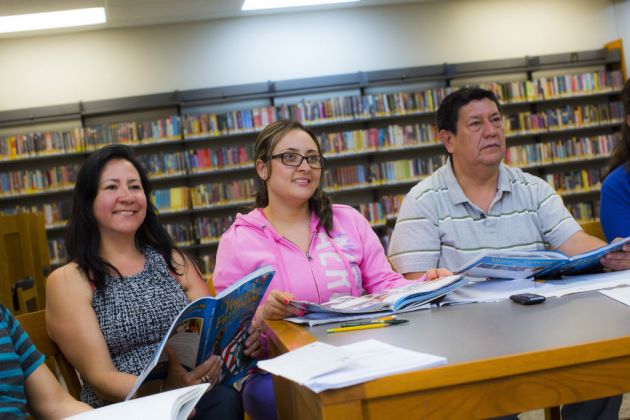 As for the future, antisemitism is clearly still on the rise. It is also clear that much more work needs to be done to keep the history alive, so future generations don’t see the Holocaust as a footnote in an old textbook. Even here in the United States today, there is much denial, as people are trying to ignore or rewrite history. We see in the news cases of public school professionals trying to change the story or offer alternative perspectives. What, exactly, is the “other side” of the Holocaust? There are too many voices trying to deny the murder of six million. Ross also noted that “Hitler wasn’t just trying to eliminate Jews. He hated anyone who was different. Gypsies were sent to the death camps, as were gay people, disabled people, or other non-conforming people. We can’t forget the history of this hatred. We have so much to remember and so much to teach.”

For the 170 survivors who participate in JFS services, their needs increase continually. With modern medicine improving longevity, expenses for home health aides, housekeepers, transportation, medical treatments, and other needs continue to rise. Unfortunately, funding for the program does not keep up with rising costs. Going forward, JFS wants to continue to provide these essential services so that survivors can remain at home for as long as possible. Beyond that, they hope to get the second and third generations more involved through support groups, trips to the Holocaust museums in Poland and Germany, and additional educational activities.

Thursday, January 27, is International Holocaust Remembrance Day. Please do what you can to help JFS care for its survivors and preserve their memories. We must never forget. 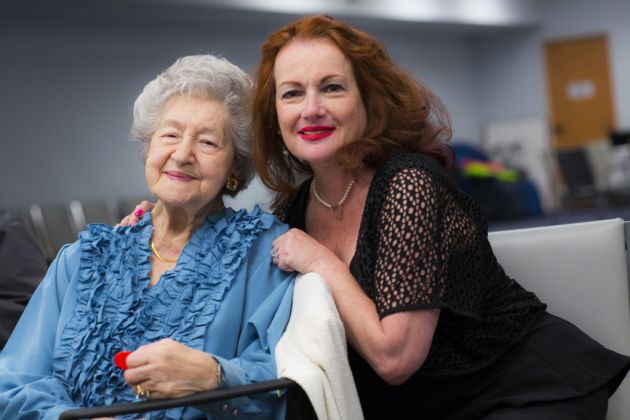